We preview the Super Rugby with our own admins, a former Munster star widely recognized for scoring against Sale Sharks and the mighty All Blacks. as well as popular rugby gamer The Scottish Cannon

Admin Ronan (The Main One)

“Chiefs. Crusaders are ageing, i don’t think Waratahs will win again and nobody else has the quality.”

“Nick Cummins. I’ll be supporting the Force so hopefully the Honey Badger can go good on his return.”

Admin Conor (The ‘tries his best’ one)

“Brumbies (his own team). They’ll be up there with the favourites and hopefully go on to the final.”

Admin Paul (The slightly uneducated one)

“Stormers of course (the team he has to support), they have the man the monster Duane Vermeulen” 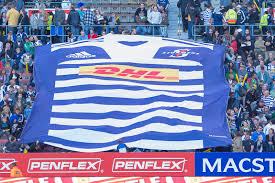 “Probably Carter if he doesn’t get injured (typical)”

Admin David (The Special One)

“Oh Jesus, I don’t know half of those players”

“Your putting a lot on my shoulders here!”

We gave up on Dave and stopped asking him any more questions before he embarrassed himself further.

The good news is, now we have some opinions that you might actually care about!

Next to answer our questions is a man who has many moments of a short rugby career to reflect on fondly including this try and a 5 pointer V New Zealand. Barry Murphy is now frontman of quality Limerick band ‘Hermitage Green’ that you can check out here: https://www.youtube.com/channel/UCEfBs8t7LztCMKtumj1itWQ

Add us on Snapchat: munsterhaka

One thought on “The Best Super Rugby Preview”