Munster fans across the province have been kept eerily tight lipped all week in the build up to a colossal meeting with the Leicester Tigers on this Saturday evening. It’s a strange situation for the provincial supporters but when the events of the past two weeks are taken into account, little, it could be said, is out there to instigate excitement for those who are nor brave or faithful.

Because of such performances, attendances at the famous ground of Thomond Park have diminished but since the early week negativity, the vibes have improved and now with a glance at the two team sheets and with a sniff of the air, you just feel that those in attendance will have plenty to cheer about as an classic English challenge to Thomond awaits.

Anthony Foley has went with a rather ‘ballsy’ selection as a number of surprise selections would indicate that Munster will look to invent a unique performance of the season and hopefully catch the Leicester video analysis team on the hop.

James Cronin’s presense captures this the most effectively as although he has been second choice all his season his superior ferocity to Dave Kilcoyne sees him in the lineup for the ferocious affair that should unfold. It is without doubt that his scrummaging technique was also taken into account to cope with the onslaught that will be faced from Marcos Ayerza and Dan Cole but the shock swing of faith from Anthony Foley has either seen the coach portrait a signal of intent or a smashing of the panic button.

Another major talking point is the pick of Dave Foley ahead of Mark Chisholm in the second row. Here, we see a common factor emerging as Foley has once more chosen the more aggressive option. Chisholm in previous matches has shown nice operation in the lineout and some deft basic touches around the park. However, Axel and co. have opted for a player with more upstairs for a bubbly night in Limerick rather than playing strengths. This is very much parallel to Dave Kilcoyne’s carrying ability.

Beyond the fiery forwards are a set of backs that are definitely Munster’s strongest set who just happen to bring a tonne of pace to the fore. Linking the two together though, one key job of a backrow player is something that Munster must look after and it would look as though Robin Copeland will be the man responsible as he was bizarrely chosen a blindside with regular six Dave O’Callaghan covering the open. With the captain and star man CJ Stander combining the trio there is definitely a combination of sufficient power here but just how well Munster move the ball from the ruck is now under scrutiny with many already questioning the coaches creativity. Without a Tommy O’Donnell figure popping ball into inside and outside channels by the first pillar of defense, balancing the attacking play with ‘forwards ball’, ‘backs ball’, ideologies aside, will prove tricky without a specialist but time will tell how adequate Robin Copeland is with such a duty.

Niall Scannell and the lineout

With Mike Sherry presumably not 100% match fit this is a huge opportunity for the Cork 23 year old. Since breaking into the side in November he has displayed great combat to carry and wrestle on the deck for everything. On the flip side however, it must be said that his lineout work has left him down on each occasion, which is a worry.

Leicester posses three 6’6 lineout jumpers licking their lips to take advantage of this in Kitchener, Fitzgerald and Slater and as found with the Clermont game on this very weekend a year ago, the momentum lost and frustration sustained because of a dysfunctional set-piece is tide-turning. Leicester don’t have the scariest side that you will ever see on paper but they are excellently drilled and have terrorized packs week on week in the Premiership this season with their scrum, lineout and maul which has seen them lose just a single game.

For this reason, the dropping of Mark Chisholm is a surprise but Munster still have highly capable options in Ryan, Foley, Copeland and O’Callaghan to be lifted, just some training ground oragnization is needed to have been applied and should hopefully be apparent tonight.

The scrum and the threat of Argentine Marcos Ayerza

When it came to scrums at the World Cup Marcos Ayerza annihilated everyone, luckily for Munster though, fellow Tigers prop Dan Cole got annihilated by everyone. The scrum will be fascinating but on paper, Munster are  serious underdogs in this department. Ayerza is probably the finest loosehead on the planet right now and although being exploited lately Cole still has likewise experience. In between the two then is Tom Youngs, another World Cup international. It is a frightening lineup from one to three but Munster have reason not to panic.

The main reason for this luxury is because of BJ Botha’s re- incarnation over the Summer which has seen him mould impressively from the biggest penalty machine in the Pro 12 in 2014 to a star player once more. The ex-Springbok World Cup winner has a big task at hand even with recent form taken into account though, as he meets a slayer of the scrum. Should Botha lock out Ayerza this evening, then Munster can think about winning, perhaps even winning big.

Should he fail, the other likelihood is that both tightheads will be in for a horrific night, a nightmare for referees with multiple collapsed scrums looming.  James Cronin does not have global recognition like Dan Cole but as we’ve found before Cole is not the player he once was. Proof is in the pudding with the fact that England lost 7 scrums against the head in four games at the RWC, and won just one scrum off opposition ball in contrast. Dan Cole started every game in a torrid time for all English rugby fans but caution is still of course, absolutely necessary as Marcos Ayerza will give him a great advantage in comparison to the offerings of Joe Marler not so long ago.. 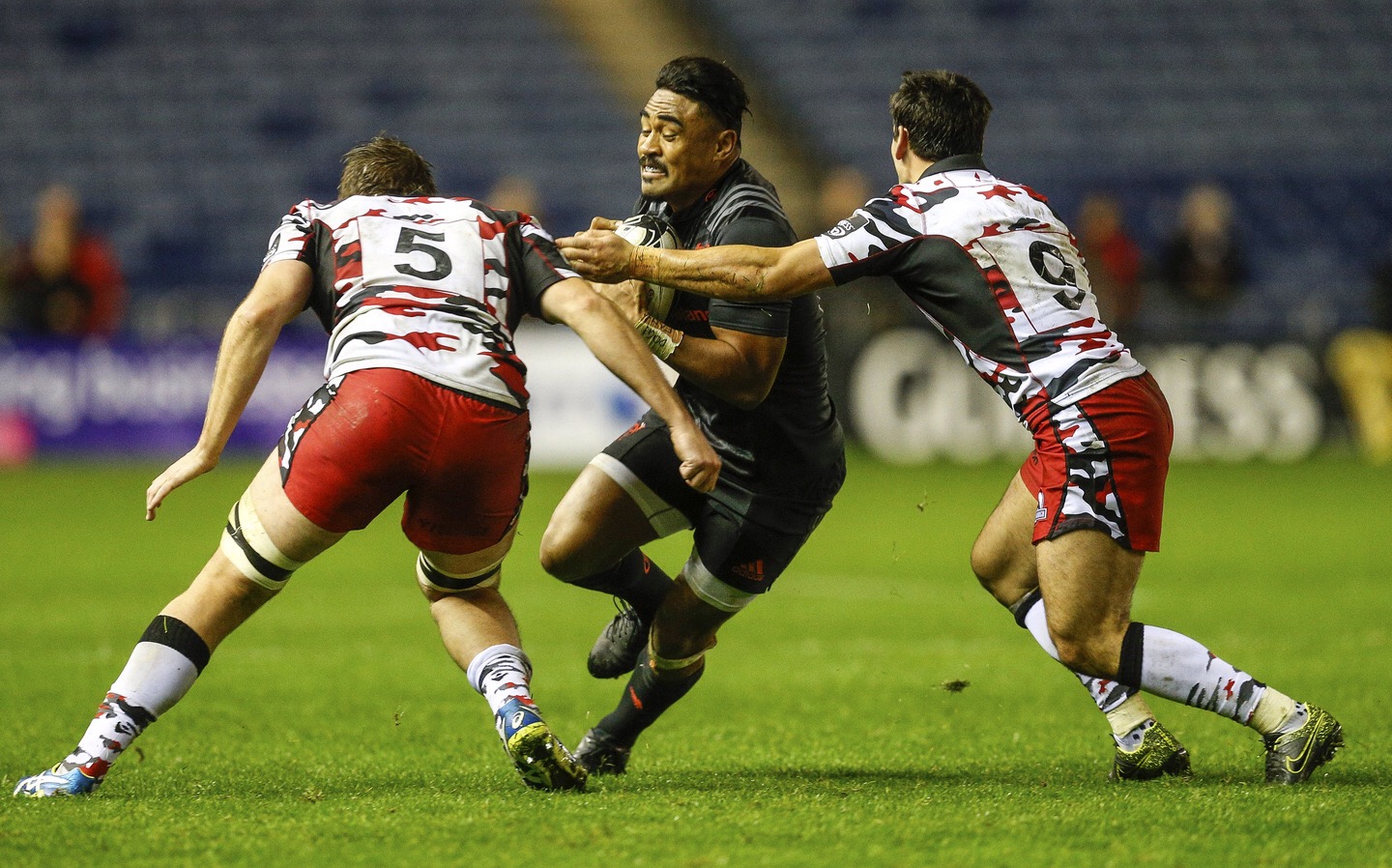 Denis Hurley and Francis Saili find themselves lucky enough not to be staring down Jean De Villiers and Manu Tuilagi respectively tonight so it is therefore vital to exploit Seremaia Bai (a 36 year old Fijian loose cannon) and Matt Smith (a one time English Saxon utility back), to set Munster off on the right foot. Saili has not yet lived up to expectations in the province and this is his perfect opportunity to skin the Leicester pair and light up Thomond Park.

Not only are the Leicester centres a liability but their lineout superiority should come at a price. Spreading the ball in a Penney-like manner across the pitch could too be a worthwhile exercise as the Tiger’s have went with lock Ed Slater as one of their flankers for the clash who like Kitchener & a Fitzgerald carries considerable bulk. In the atmosphere of the Limerick ground , being battered by Munster forwards and chasing the game from wing to wing would be soul destroying for any of the Leicester men from one to six which would too have a knock-on effect the efficiency  of their scrummaging effort, should Foley important implement this approach.

Verdict: Munter win by 5 if set-pieces do not emerge as a major issue.