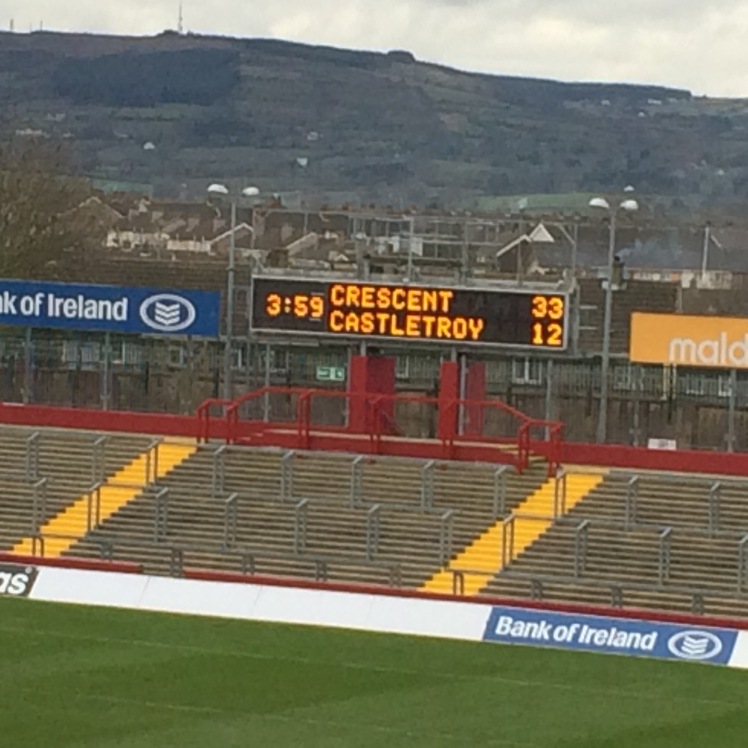 What was highly anticipated to be the game of the tournament did not disappoint. A packed East Stand filled with supporters from each side watched two very different halves of fantastic rugby. Castletroy making a late change to their line-up by bringing in Alan Fitzgerald.

The game got off to a flying start with Comp looking the stronger of the two sides in the opening minutes. Many penalties were exchanged in these opening encounters. Comp nearly ran in for a try after catching Castletroy sleeping but Trojan centre, Ronan McDonnell raced back and stripped the ball from the Comp man just short of the line.

Castletroy were able to escape Comp’s pressure unscathed and began to pile on their own pressure. A late hit from Fintan Coleman (Comp) on Shane Hogan (Castletroy) resulted in a yellow card for the second row. Castletroy capitalised on Comp’s less numbers by piling over the tryline with Castletroy scrumhalf Stephen Atkinson getting the score. Jamie Heuston converted to make the score 0-7.

Castletroy continued to take advantage and earned a penalty which they kicked to the five metre line. After failing on their first attempt to score from the lineout, Castletroy did an excellently worked lineout which Conor Myers was able to score in the corner.

Half time came and it was hard to see how Comp were gonna pull it back after falling to a 12 point deficit.

Comp came out roaring in the second half and were able to get a try under the posts to bring Comp within one try. Almost immediately from kickoff, Comp broke the line and ran in for an easy try which was also converted. 14-12.

Castletroy became very tired and didn’t seem up for it in the second half. It showed when Comp ran in for a third try after Castletroy gifted a try to Comp winger Conor Philips who dived over in the corner.

Comp go on to the final to face CBC and will be looking for revenge after they were defeated in the first round. 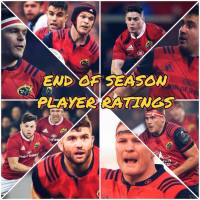 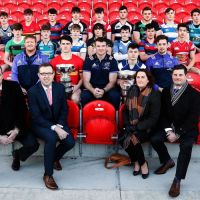