It was clear that this was going to be a memorable day as tensions built around the grounds with flares and smoke bombs going off inside and outside the stadium before kick off. Tensions that would spill over at the end of the game to slightly spoil the occasion when a small group Christian pupils and a large number of Comp supporters brawled until a trip to hospital was required for one fan… 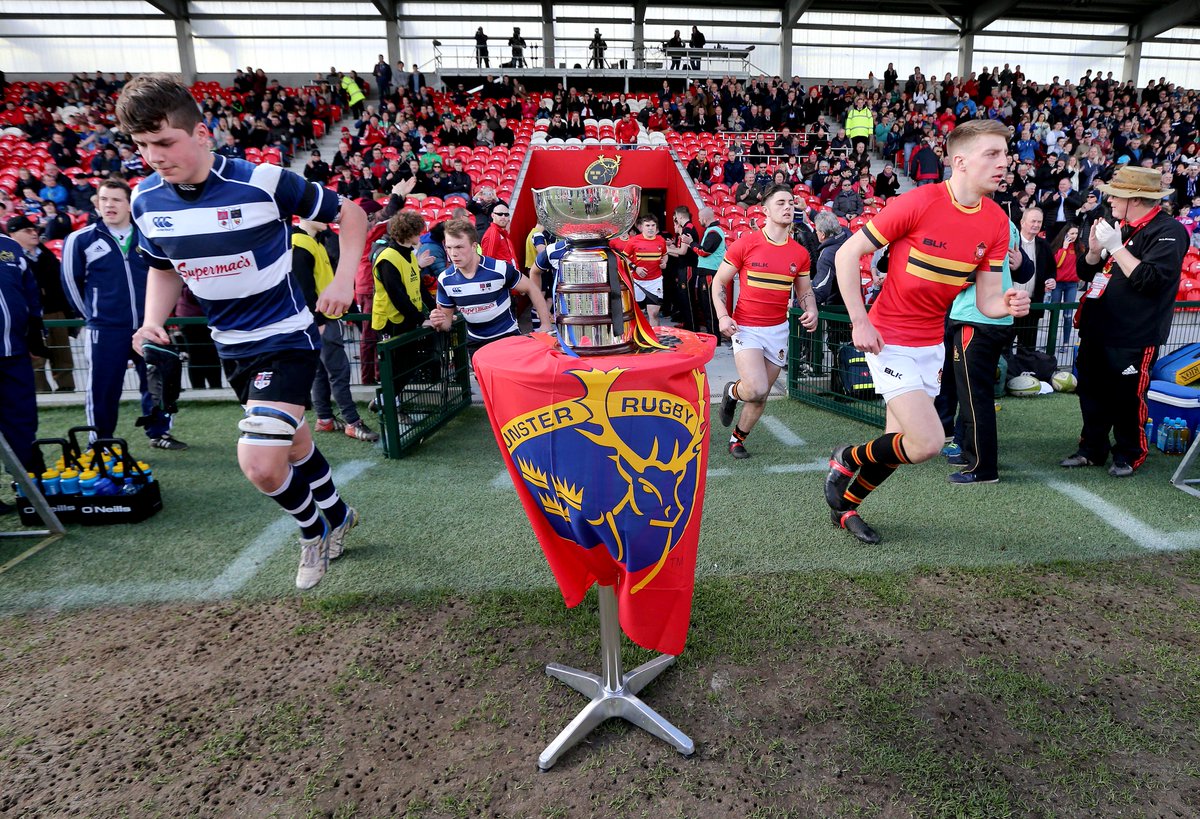 The opening minutes of the match where fairly uneventful and after 5 minutes it was CBC who had the opportunity to go in front first when they won a penalty in a very kick-able position and opted for the posts. Unfortunately James Taylor hit wide for his only miss of the day.

Crescent then heaped on the pressure and deservedly took the lead through the boot of Daniel Hurley after being awarded a penalty straight in front of the posts just out side the CBC 22. This however was quickly cancelled out by a James Taylor penalty shortly after. 3-3

Crescent kept bombarding the CBC defence and were awarded for their efforts when Daniel Hurley crossed over the line to score the only try of the match! However the ball fell of the tee as he lined up his conversion and CBC winger Barry Galvin ran up and forced Hurley hurriedly pick up the ball and hit an aimless drop kick the dropped hopelessly short of posts! This now meant crescent lead 8-3 at the interval

It was in the second half however that the game really opened up when CBC found a foot hold in the game when Billy O’Hora saw yellow for deliberately knocking on the ball to prevent a break away on the half way line.  Shortly after CBC reduced the deficit to two with another James Taylor penalty to make it 8-6 to Crescent

From here CBC kicked on winning a line out on the Crescent 5m line which captain Feeney pulled out of the air and dived over the crescent try line, the crowd erupted only for play to be called back for a Crescent penalty!

Crescent kicked clear only to concede another penalty on their 10m line just in from the side line. James Taylor pointed for the posts and stuck the ball sweetly between the sticks as Billy O’Hara reentered the game

PENALTY!@CBC_rugby go one point ahead thanks to a James Taylor kick! They lead 9-8 in the #MSSC final! https://t.co/j04OHY6rtY

Back to 15 men Crescent were able to strike back through Calvin Nash who made a superb break and was brought down 15m or so short, the ball was recycled quickly and spread wide before Christians had a chance to regroup leaving CBC second row Richard Thompson being the sole red jersey on the right hand side of the pitch facing 3 Crescent backs and as the ball was skipped wide a try looked certain!! However Thompson showed incredible athleticism to palm the ball up into the air at full stretch and dive and catch the ball again regain possession before the ball touched the floor preventing the knock on and a certain try!

Taylor kicked clear and Crescent came changing down the opposite wing this time making their way deep inside Christians twenty two. Crescent threw everything they had at the CBC defence but their efforts were fruitless and CBC managed to win a scrum back on their twenty

As the scrum set, the loudest chorus of the fields of Athenry heard in Musgrave park for a long time echoed out from the packed East terrace where the CBC supporters were situated. Christians won the ball back gained some ground for a pick and drove off the back of the scrum before Taylor kicked clear once more to relive the pressure!

Crescent had one last chance at glory however winning a lineout just inside the CBC 22m line but again an inspirational Thompson had other ideas, leaping high into the air stealing the ball and any hopes Crescent had of winning the game in the dying moments

From here CBC where able to keep crescent at bay till the final whistle for a deserved victory!