Is there any feeling as good as hearing the strains of Toreador Song echoing around the fortress of Thomond Park on match day?

What victories Munster have tasted in these past years, but recently victory seem to be a thing delegated to the history books. Where does the future lie for Munster Rugby?

In my opinion, Munster have done many things right. Such as the introduction of younger players and giving them a chance to display their prowess on the field. The academy has been producing incredible players and have many more ‘stock piled’ to introduce. For example Tommy O’Donnell and Jack O’Donughue, are good examples of all that is good about the Munster Academy. These lads won’t be found lacking when called upon …

On the other hand, the life blood of the squad cannot solely rely on home grown heroes. It is vital that they look further a-field for new talent. Foreign clubs such as ASM Clermont Auvergne are currently developing talent by setting up academies in countries such as Fiji. It is certainly something Munster should consider.

Another vital ingredient for success, would be to forge closer links between school, club and provincial rugby. By doing so we can nurture young players and manage rugby in a more professional manner. I feel Munster Rugby lacks this and are stuck in their old school ways.

The extension of contracts for the likes of Murray and Zebo, augurs well for the future of Munster Rugby, but I feel contracts for long standing associates should be looked at critically.

But what of the leadership? Is this where Munster is failing? Indeed they have suffered some blows over the last period. Starting with the departure of Declan Kidney who brought and kept Munster at a height for some time. It’s a pity that his experience was lost to Munster and never fully replaced. Paul O’Connell was another big loss to the squad not only as a player but as an iconic leader and mentor to all. We may never see the likes of him again. His replacement, Peter O’Mahony had pretty big boots to fill and to be fair to him he stepped up to the plate. Unfortunately, Munster suffered a further set-back when he sustained an injury in the not so distant past.

I think the key for the successful future of Munster rugby will require much innovation, time and patience on and off the field. We all hope they get it right and get back on the road to Europe in the near future. 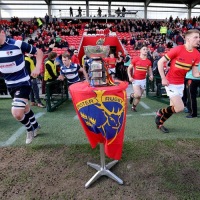 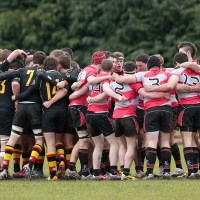