It was a bright Saturday afternoon in Thomond Park as Munster looked to bounce back from their Scotstoun shit-show. Our Lions were back, and unlike Ospreys’ Scott Baldwin, we were egging them on to bite. 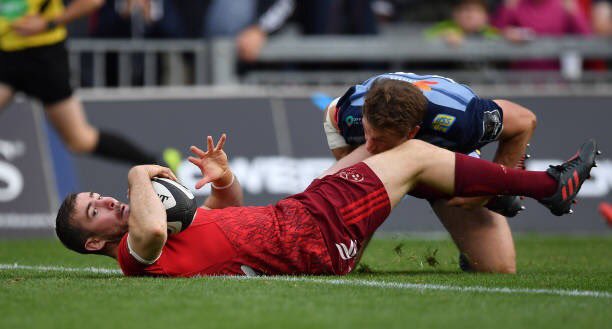 Cardiff outhalf Jarrod Evans was the difference in the early stages with two sublime kicks for touch and a penalty goal handing his side the initiative.

However, unlike last week, Munster soon underlined their intentions to play some ball in the opposition half. John Ryan reminded us of his value at scrum-time by forcing an important penalty, and an offload from each centre and an Alex Wooton breakaway later, Conor Murray found himself within firing range –  needless to say, the British and Irish Lion did just what he does best.

With Munster looking reasonably comfortable, Rassie’s men were handed a problem to contend with. Jaco Taute found himself in a spot of bother after a typically big collision from the Springbok and the stretcher was called out. A sorry sight at any given time, but particularly after an opening twenty minutes like the twenty that the outside centre had just enjoyed.

New signing Chris Farrell came on in his place and let’s just say he won’t be rushing home to watch his first contribution back again. The former Grenoble bruiser burst out of his line to lay down a marker upon introduction, but only created a significant gap for the visitors to break through and eventually convert into a try. The excellent Evans added the extras making it 7-13.

Some lovely work from Rory Scannell at first receiver helped Munster edge their way back into the contest however. By playing teammates into space and punching holes in the Cardiff defence, the 23 year old helped Munster progress into kick-able positions and Keatley made the most of them – two penalty shots bringing his side up to 13 points at the break. 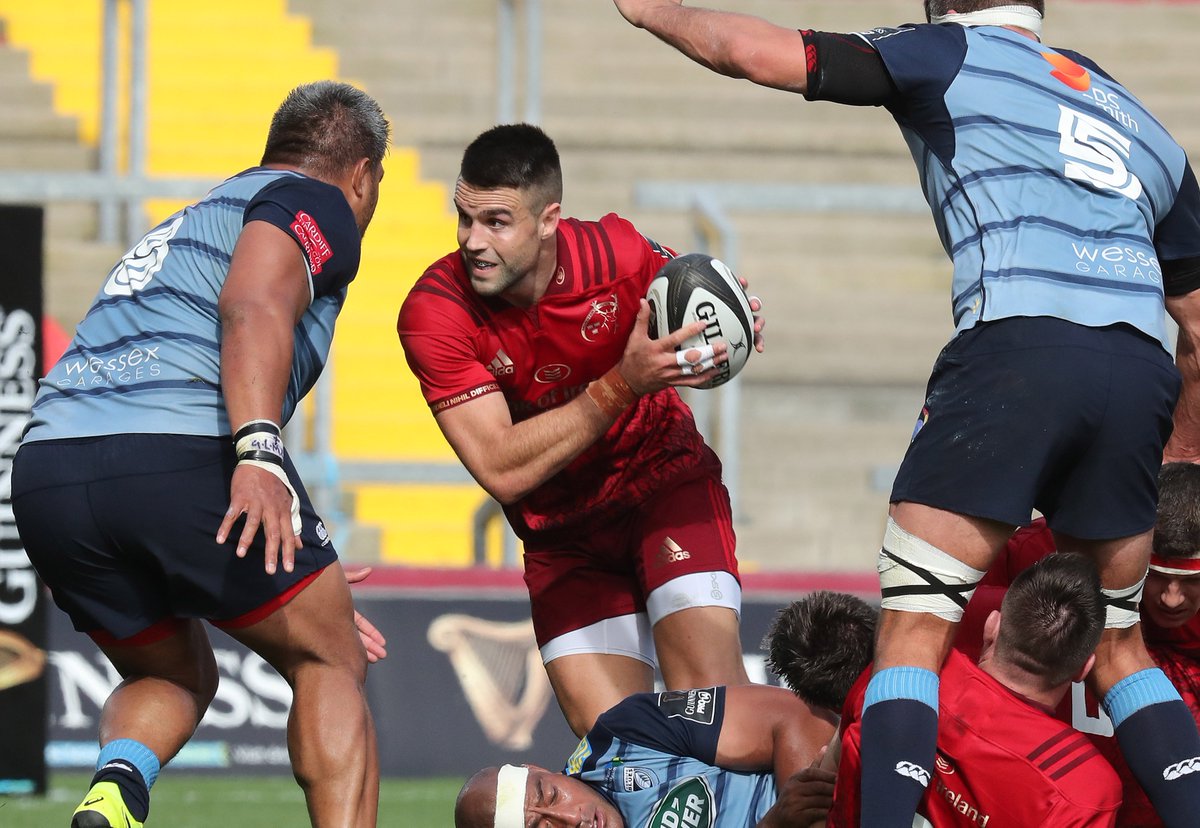 Upon resumption, Munster turned up the heat. Ian Keatley found good field position once more and after Cardiff spilled the ball forward inside their own five metre line, Munster’s scrum began to turn the screw. Consecutive penalties and a yellow card later, perhaps the frontrow should have gotten their reward in the form of a penalty try, but John Ryan quickly took out his frustration to barrel over for Munster’s second try of the day. Keatley’s conversion was struck sweetly, shoving his side into the lead. 20-16.

Ryan had gotten the Munster fans off their seats and if that wasn’t enough ,on came JJ Hanrahan. The excitement to see the Kerryman back in red was felt around the stand and we didn’t have to wait long at all to see his blistering best. Hanrahan took control almost immediately as he alternated at first receiver with both Keatley and Scannell and after little more than a minute, he would combine brilliantly with the latter. Scannell stepped one or two, made a dash for the line and found his new teammate on his shoulder to a Thomond Park roar. Hanrahan’s back and aren’t we lucky to have him?

The standard was set and Munster were unrelenting from there on in. Alex Wooton came close first and after some more promising play from Hanrahan, Robin Copeland dotted down for the bonus point try. Keatley nailed the conversion from the corner to further add to a sensational performance, and maybe make himself favourite to start in the Aviva next weekend.

Unfortunately, Keatley’s next conversion attempt didn’t quite curl in as he would have hoped, but the crowd weren’t too upset – Hanrahan had scored again! The outhalf-cum-fullback burst down the left flank to bring Munster’s total to 39 and send joyous tears down the faces of the best of us. What a return.