THIS NEW YEARS Day Tommy O’Donnell and Chris Cloete will pack down at either side of the Munster scrum. Both usually identify as openside flankers but what they offer to this team is vastly different. Both equally valuable in their own way.

And Munster management have acknowledged that fact.

Against Ulster, O’Donnell will start as a number six, a jersey he last wore against the Maori All Blacks over a year ago when Peter O’Mahony, Jack O’Donoghue and Dave O’Callaghan were all unavailable for selection. He excelled that night, leading an inexperienced side to victory over some of Super Rugby’s finest, but would return to the open-side for the remainder of the season and into this season before injury intervened.

In the meantime, South African bulldog Chris Cloete arrived and has so far excelled in the Cashel man’s absence. The coaches would have hoped when signing the former Southern Kings man that he and O’Donnell would spur each other onto new heights, but such has been the standard of Cloete’s contribution, it’s likely he now finds himself as one of the first names on the teamsheet.

Former UL Bohs clubman O’Donnell has spent the best part of the last decade as a mainstay in the Munster backrow since the retirement of two-time Lion David Wallace, but could now face a 2018 of battling with the recently acquired Chris Cloete and the clock that typically ticks against openside flankers on the wrong side of thirty.

The way out of that pickle? The best option for Munster? To give him regular gametime as a blindside flanker. It has the makings of a renaissance in the career of one of Munster’s most loyal servants.

A Question Of Style

Was O’Donnell ever an out and out number seven or more akin to being what they call a “6.5”? The terrace view has suggested his knack for typical blindside traits like ball-carrying and building up his tackle-count have always been every bit as prominent as his work–rate around the ruck.

To the naked eye, Tommy wasn’t half as much of a nuisance to the Leinster breakdown as Cloete had been against Leicester Tigers in the weeks previous. He did however complete 7/7 tackles and made 8 carries as opposed to Cloete’s 6/7 tackles and just 4 carries in his effort at Welford Road.

It’s easier to be a workhorse when you accept that ball-carrying and tackling aren’t strengths of your game, and a seven in that frame of mind can therefore act as a catalyst for the backrow partners around him.

How much more effective were Peter O’Mahony and CJ Stander against Leicester than they were on Stephen’s Day in Thomond Park?

O’Donnell could well be the next player to benefit from Cloete’s efforts.

It is very likely we will see O’Donnell (6’2, 105KG) performing at his impactful best when paired with the master of the dirty-work Chris Cloete (5’9, 98KG) this Monday and maybe that’s where he should remain.

Perhaps that point will become even more relevant as O’Donnell begins to slow down more noticeably and so in order to prolong himself as a serious asset to Munster, he may consider blindside as a serious option. He could easily have three or four more impressive seasons rotating in and out of the first team when Peter O’Mahony finds himself injured or on international duty.

Cloete and Oliver are the new groundhogs on the block bringing classic openside qualities to the Munster set-up for maybe the first time ever, but it is nonetheless in Munster’s best interests to use one of their most consistent performers wisely while they can. 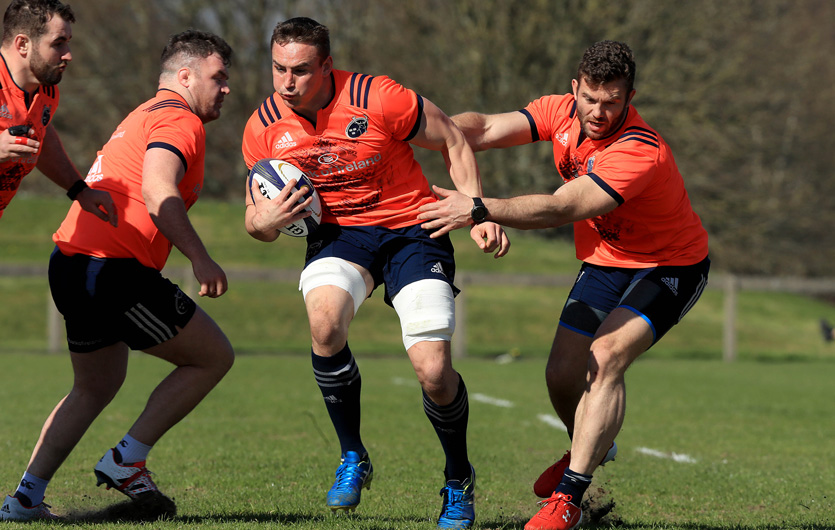 This weekend is the first test of my theory.

When O’Donnell plays well, which is often, it’s usually his efforts in the loose that shine brightest, leaving the unseen work relatively underdone. However, the arrival of Chris Cloete can now allow ‘TOD’ to maximize that power and punch that he brings to proceedings as the South African does the necessary elsewhere.

Is this the start of something a little special? Could this be an essential shot in the arm to the strength in depth of this Munster squad?

Those questions will begin to turn into answers in 2018.