The World Champions go into the Rugby World Cup as the current holders and as the number one seeded team on on the planet. This success comes deep within the Kiwi culture of their love for rugby and numerous spectacular talents have come true to their national set up as a result. Due to the wide player pool now within the professional game for the All Blacks, head coach Steve Hansen has been left with a major selection headache and we just thought it would be a friendly gesture to help him out with his choices.

This is what we believe is the strongest possible All Black 23:

This has proved to be the achilles heal of the All Blacks team in recent seasons. Tony Woodcock proved to be under immense pressure in the Rugby Championship while Franks has remained as a reliable option for the Hurricanes in Super Rugby this season, warranting him selection.

Arguably the best hooker in rugby at the moment. Not only has Cole provided a solid set-piece platform time and time again for club and country but he also has astonishing pace for a frontrow, making him a great asset to the All Blacks in terms of ball-carrying and support play too.

The experienced Crusader is solid as a rock and will provide a strong platform for whoever Hansen selects on the other side of the frontrow. Many agree that he is the world’s best tighthead and is a key player in the New Zealand pack.

The world player of the year for 2014 has earned himself the title as the most all-rounded second row on the planet. Not only his set-piece brilliance and physicality make this man outstanding but he also possess a key factor to the New Zealand style of play as his ability offload off of his soft shoulder proves to be a lethal weapon each week they play.

Whitelock is an experienced international, who just like Retallick is a nailed on starter. The Crusader is powerful in the carry and an absolute workhorse.

The second big call that we decided to make is putting in Liam Messam ahead of the experienced and big hitting Jerome Kaino. The reason why we have went with the former is because of his great support play, pace and skills that are preferred to the power of Kaino as Kieran Read already posses similar qualities.

The most unmoveable player in the team. Captain McCaw has proved to be the most intelligent rugby player of the past decade as his rucking continues to be the best in the world as he tests the rule book to the limit and his opponent’s patience.

Like most in the team, Kieran Read is usually considered the best player in his position going to the World Cup. His sublime offloading play, his tackling, catching and ball carrying all make the complete rugby player that simply can simply not be excluded from any pack.

Smith had a jaw-dropping Super Rugby campaign for the Highlanders this season which has done his reputation no harm at all. His understudy TJ Perenara in our opinion is the world’s second best but Smith’s intelligence makes him just a cut above the Hurricane nine.

After a year of questioning whether Carter was still up to the task of international rugby, everything has fallen perfectly into place for the record breaking kicker. Aaron Cruden’s injury, Barrett’s loss of form and Sopoaga’s lack of experienced all played vital roles in our selection of the Crusader but none more important than his return to form in recent months.

‘The Bus’ is the most unstoppable figure in the business. Savea’s power, pace and vision makes him the most devastating winger to dominate the game since Jonah Lomu. Nobody comes close.

Nonu probably had his best ever Super Rugby season with the Hurricanes in 2015 which sees him a nailed on starter for international rugby once again. His power over short distances and passing makes him the perfect fit in the team as his presence and reputation is also sure to scare defenders away.

Call us boring for not picking the fancy offloading Sonny Bill Williams or the agile beast that is Malakai Fekitoa but it is inexcusable that Conrad Smith and Ma’a Nonu have proved to be the world’s most formidable duo for the All Blacks for almost a decade now.  Smith offers a wealth of experience, intelligence and leadership to the backline while his ability to time and fire a pass is just exquisite. Get in there son!

The most exciting member of the squad Nehe Milner-Skudder gets the nod from us to start on the right by fighting off competition from Charles Piutau, Corey Jane and well Israel Dagg. The Hurricanes youngster devastated defences all season with his mesmerizing feet and offloading that just makes us wish that we were that good.  Hopefully he can keep up his Rugby Championship form and meet the demands of the Rugby World Cup.

The Highlanders leader proves that no matter what size, if you are good enough you will make it at the top level. Smith is a pacey play maker with an accurate boot who has nailed down his place in the team over the last 2 years leaving Israel Dagg out in the dark. Rugby hipsters call Smith the best in the game and we don’t think that they are far wrong at all.

No matter what young blood comes in, you can’t beat the experience and physicality of the legendary Kevin Mealamu. The Blues hooker will retire after the World Cup but has left a huge effect on the sport and we believe that he can also effect matters at the World Cup.

Woodcock has slipped back in  our pecking order due to his poor showings in the run up to the World Cup. If he can impress in training in the next few weeks we’re sure he’ll be in Hansen’s running for a staring spot but for now we believe that the best he can offer is (very) reliable back up.

The 28 year old completes the Auckland based sub frontrow as he has proven to be a solid option on both sides of the scrum. All in all, this back-up front three is a only a thing of dreams for everybody else in the world.

Thrush has been a real unsung hero in past season’s but now deserves his chance in the black jersey. The Hurricane would be an absolute nuisance off the bench for opponents which is just what boss Steve Hansen would want and we think it would be a wise move too.

Unlucky not to start in our selection but Kaino would be an ideal impact sub nonetheless. His ability to cover both 6 and 8 makes him a good option for the 20 shirt but his aggression, tackling and ball carrying would also be more effective than ever when the opposition are down to their last efforts late on in games.

Simple selection here. Perenara was the top try scorer in the Super Rugby in 2015 and has made big imparts on matches whenever he has come on for the All Blacks. His strength and split second decision making makes him the second best scrumhalf in the world for us.

This one has caused war between us over the last few days but we have resolved the problem in a way that would best benefit the team in case of injury and in terms of impact. We all agreed that Sopaga was the better and more reliable player with an excellent boot, but Barrett brings an element of excitement and versatility that is better suited for the bench spot even though his goal kicking is a concern. His ability to cover both 10/12 and fullback gives him an advantage over the Highlander challenger as Sopoaga would not have as much of an impact or relevance to the bench but would indeed be our pick of the two to start in the first XV if Carter was to get injured.

Sonny Bill Williams, Ryan Crotty, Waisake Naholo, Israel Dagg and Charles Piutau were all in the mix here but when it came down to impact we had to go with ‘The Tyrant’ Malakai Fekitoa. The Highlanders centre is explosive and would shake up any match upon introduction at the World Cup. Not only is he fast, agile and strong but he can throw himself into a momentum changing big hit too, and as we know this can often influence team’s mentality late on when it matters most. In the emergency of an injury to Julian Savea or Nehe Miner-Skudder, sub outhalf Barrett can come into the back three as fullback to shake things up in a versatile backline, leaving no problem without a replacement winger. This man’s power and influential style can not be left out of the squad. 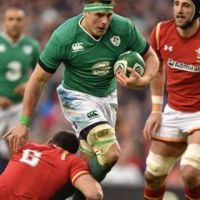 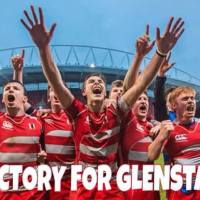