A Dave Kilcoyne brace, added to by Rory Scannell and James Cronin has see Munster move up to 5th in the league.

Powerful, robust, hungry. More or less what you want from your loosehead, only with an added two tries along the way. 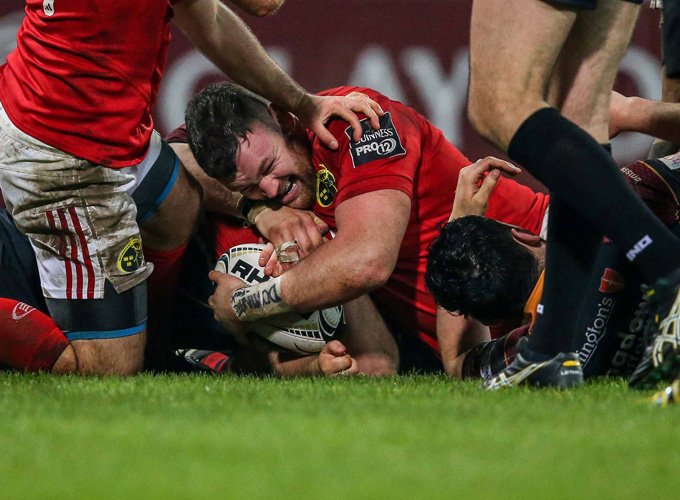 Made close carries with effect but could have shown more grit elsewhere.

Hustled around the breakdown for the evening and was always in control when locking horns in the scrum.

Little of note but some lineout takes. Came off injured at half time.

Put in his hits, functioned the lineout and cleared out everything. A fine back up captain when the others are away.

Tackled his heart out but his MOTM winning was questionable. Pleasing to see him back in from nonetheless.

Frantic first half from the Ireland international. His running game, rucking and defence were all strong assets.

In his best position tonight, therefore his best performance in quite a while. Rather loose and caused problems aplenty.

Poor Duncan was erm, poor. You want him to do well but while most passes were okay, in fact there were some snappy deliveries to set us on the right foot but then there’s those unforgivable firing balls to the feet like an Old Crescent U10 prop forward.

Duncan’s partner in crime. Commenting on the lack of steeliness is getting boring at this stage but Munster’s exit from the 22 was dire throughout. Williams, Saili, Scannell were all guilty of loose kicking but Keatley, though he should be the go to man, was just as shocking.

Defended well and bossed in the air but saw little ball on the night.

Smashing young player. Vastly underrated. A try was only a bonus to an excellent defensive, passing and running display.

Rightly criticised for poor kicking but we’re cheeky enough to say he made up for it. Big hits and scorching feet swung momentum in Munster’s favour at important times.

As with Zebo, the winger could have done with more time with ball in hand, but he was excellent with ball in the ‘basket’. The former Cork hurlers aerial game was on point as he clashed with Welsh international Hallam Amos time and time again. Fortunately, there was only one winner.

Kicking was as shite as Saili’s and to be fair, he didn’t quite make amends with the quick feet that had been highlighted. To us it seemed like Conway was shying away from clearing when he should have, after two strikes went out on the full early on. Put. him. on. the wing.