A player profile piece is an article which highlights and analyses the potential of young players who could prove vital in Munster’s future.

DISCLAIMER: Every player who has ever featured in a player profile, Jack O’Donoghue aside, has been released within a year of the write-up 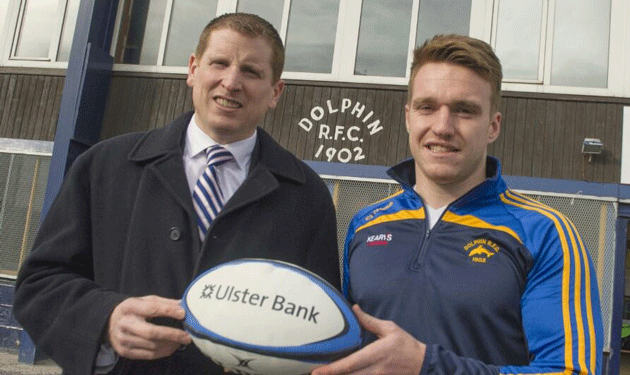 Young Scannell has burst onto the scene this season as primarily a centre for the first team. Having been a regular in the A team for the last two seasons, performing admirably across the back line in the process, the big call up was only a matter of time in truth. With a clean strike of a ball, marvellous delivery, size defying tackling and the ability to slice a defence in two, it’s not too difficult to see why, but we’ll get back to that later.

Usually in these articles we pick less established players but Scannell’s rapid development means that he is already a first team starter. The ex-PBC playmaker has already won the FIRA-AER European Championship, the Ulster Bank League Rising Star award, and represented his country at U18, U20 and Emerging level before establishing himself in the Munster first XV.

Always touted one of the stronger performers at underrage but what has spurred this revelation?

Well let’s identify what qualities have sold Rory beyond his old teammates into the professional fold.

His confident showings at both inside centre and outhalf at Pro 12 and Champions Cup level illustrates a mighty amount of his natural talent. Playing is achievement enough but by proving one of Munster’s stand-out individuals in each match he featured in, states more.

Denis Hurley has been a decent option to get over the gain line with brute strength before fishing for an offload, but with deteriorating handling ability in recent months, Scannell has been an absolute find. Munster can open up a backline again.

This is because of Rory’s tendency to play on the gainline, challenge for a linebreak before drifting a lightning pass to the ever present Francis Saili.

As a result, Munster have showed increased threat in the backline despite a bank employee backs coach, an out of sorts flyhalf and a couple of injuries to boot, this season. The games against Ulster, Stade (home), Treviso (away) and Ospreys probably stand out as the prime examples.

In the first-five-eight role, outhalf experience adds to his assets also. The ability to drill through a kick can put a game on its head in a tight spot, especially if the man in the ten shirt is misfiring.

Standing at 5’9, Scannell wouldn’t exactly strike you as a European centre fit to take on the likes of Paul Williams, Jonathan Danty or Peter Betham, but fortunately it turns out that he is actually more than capable as history shows.

Scannell’s technique in defence defies his size two times over. In fact even in the thrashing away to Stade, he made 11 tackles, missed none, against the Dragons in Thomond Park, he made 19 tackles, once again there was not one missed, likewise when he made ten tackles against Zebre. Surely this puts him up there with Munster’s most competent tacklers of the season.

We have already analysed Scannell’s capability to challenge the gainline as a playmaker but he’s able to be his own game changer too.

Although he could arguably increase his pace, the acceleration which he displays off the mark is brilliantly effective. The increase of speed constantly opens up half chances for a break away. Positively, even when the defence holds firm, Scannell still uses this trait to get over the gainline when he has no right to do so. Indeed, it’s a crucial trick up his sleeve to counteract physicality.

Rory Scannell is in promising form for #Munster. Still improvements to make, but has looked very sharp. pic.twitter.com/G2IlZ3Y1dk

Overall Scannell is a unique talent that Munster and Ireland can ill-afford to waste. The arrival of Sam Arnold at Munster next season has been a welcomed one but whilst everyone is fit, it is crucial that Rory starts either ahead of the Ulster youngster or ahead of Ian Keatley at outhalf. He’s ready.

The boy’s ceiling is higher than that of all but a handful of players in the country and it is inevitable that he is to play a vital role in Munster’s future going forward.

One of very few things that you can’t put past Anthony Foley is this selection decision.