A wet and windy start to Pro12 life this year, but a decent performance and win will do this writer just fine. Munster had a job to do and away they went to Llanelli and did it. This Friday brings forth another of the Welsh regions in Cardiff Blues, who overcame a piss-poor Edinburgh side in their first outing of the season. Munster will look to build on last weeks performance and continue their traditional strong start to the Pro12 season, losing just once in the opening two rounds since ’09. Cardiff meanwhile, have won 11 of their last 15 Pro12 games (dating back to December ’15) and are the only Pro12 side to win in Cork on three separate occasions.

Last week we saw a huge change in the line defence of Munster. Speed, fronting up and serious aggression off the line as soon as Gareth Davies whipped the ball out of the ruck. No surprise that this can also be seen with the South African Super Rugby franchises. Mr Erasmus and Nienaber seems to have instilled in the Munstermen that a rush defence is the best way forward, thankfully. Seeing Tommy and Jack clattering Scarlets players with gusto and enormous grins on their handsome mugs was a sight to warm the heart. Yes if someone cocks up they may get pinged for offside & yes against the brainier out-halves and centres of the rugby world there is a potential to leave gaps by rushing too soon, but so far it’s worked wonderfully and makes for some crunching hits. Crucially, it will bring about far more opportunities for the like of TO’D, PO’M and CJ Stander to turn over ball behind the gainline. 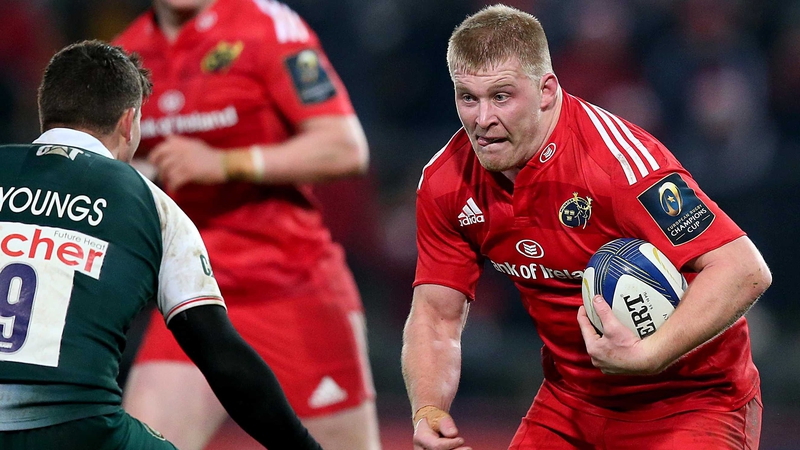 Huge year for John Ryan. The departure of BJ Botha, coupled with the lack of fitness of Stephen Archer, plus the signing of short term stop-gap John Andress means Ryan needs to take his chance this season with both hands. At 28 and bizarrely approaching 100 caps, Ryan possesses enormous strength both off and on the field. Yes he may struggle at scrum time against the top echelon of looseheads, but he is an excellent lineout operator and his work rate around the field is just about the best of the current crop of Munster front rowers. (Killer may argue that one to be fair)

According to his official bio, Jack O’Donoghue is 6ft2in and 107kg (16st 11lb in old money), he looks about 3in taller and a stone lighter due to his incredibly lean frame. Enormously powerful with ball in hand & in the tackle, O’Donoghue has amassed 37 caps already at just 22 years old. He is seen by many as a potential future captain, and I would be most surprised if Mr Schmidt hasn’t noticed his rapid development either There is room for about another 10-15 kg on that physique too mind you…

The power of Nick Williams is not unknown to Munster players & fans alike. Williams spent two largely unimpressive seasons down south before a move to Italian minnows and subsequently Ulster cemented a bruising reputation. Weight issues and stamina concerns aside, Williams is a thunderous ball carrier with deceptive pace over the first 10m. Mostly an impact player, I am surprised to see him starting this fixture, but at only 32 and with his short but explosive bursts, I’m sure he will be a threat for Cardiff throughout his stay in the Welsh capital.

At his peak, Gethin Jenkins’ was acclaimed as one of the worlds best loosehead forwards. At 35 however his best years may be some way behind him. That’s not to say he is no longer a formidable opponent, he will give our own John Ryan a stern test this friday. Part of an all international front row with Kristian Dacey and the evergreen Taufa’ao Filise, Jenkins is a little less mobile than he once was but is still technically a world beating scrummager.

Both teams have had an ideal start to their Pro12 campaigns and will want to continue erasing the nightmares of a sub-standard 2015-16 season where both failed in a playoff bid. Munster will just about have the edge I believe, Friday night lights in Cork have always been raucous affairs and this one will be no different.