RONAN O’GARA WROTE in his latest book, “When you get into bonus territory the shackles come off. There’s a massive emotional release.”

It’s one of my favourite lines from a rugby player because of what it means when put into practise. Everything is different at the semi-final stage. A stage that I think has probably been Munster’s target for the last five or so years, and with good reason. Simply so because you can’t back on making finals when the penultimate fixture is always on such a knife-edge in this competition. Variables such as the performance of the referee, the bounce of the ball, the weather, can often be the difference. Munster’s responsibility against Saracens however, is to control the controllable and turn up to the heat to a new scorching degree that their opponent’s have never experienced before. Rassie’s men must put their best foot forward, leave everything out there and let their best shot be just that. 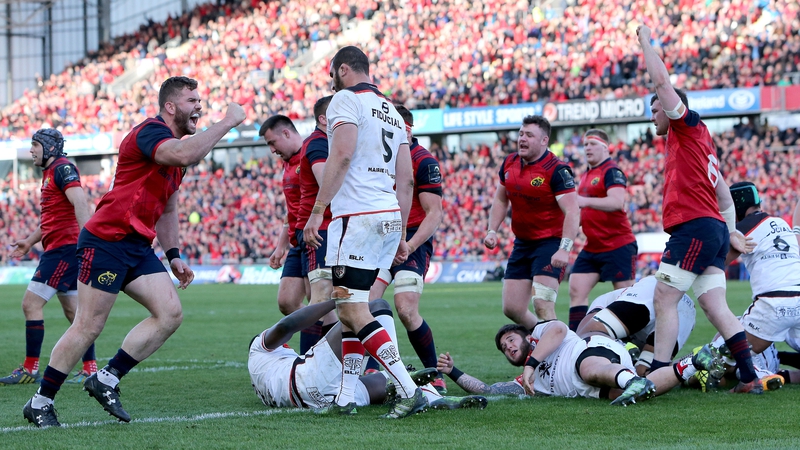 Munster are most definitely in bonus territory, and the big occasion this Saturday at 15:15 is sure to test whether our new heroes can react to a big occasion. This is the province’s first crack at cup glory without the one-in-a-million talents of Ronan O’Gara or Paul O’Connell, but the current crop have been progressing for a while now, experiencing some massive victories and bitter disappointment.

The difference this year is that we’re not just looking for big wins, we’re looking for one big triumph.

The “young guys” proved themselves as Munster players in 2013.

In 2017 they can prove themselves as Munster legends.