Warren Gatland revealed his talent-packed squad this morning to the anticipation of wide-eyed rugby fans either side of the Irish Sea; a squad that had seasoned pros right at the heart of it.

If you’re looking for a standard-driver, someone physically dominant and experienced in the heat of battle then take your pick, because the selectors have chosen an abundance of such characters.

From the ever-green engine that is Rory Best, to Wales’ answer to Paul O’Connell – Alun-Wyn Jones, to Peter O’Mahony, CJ Stander and Billy Vunipola.

Nobody in this travelling squad will be fazed by the challenge, but particularly the aforementioned members – a group of warriors who who will likely groom the next crop of superstars into leaders of the future. The likes of Tadhg Furlong, Maro Itoje, Iain Henderson and Ross Moriarty no doubt keen to make household names for themselves.
But among the pride of gnarly animals is captain Sam Warburton.

The cool head prepared to feed the Lions’ hunger by leading by example. He’s had the duty before. It ended in success. This time he’s more experienced, back in good form and probably more upbeat about the quality that is now surrounding him. His poaching game, leadership and communication with referees is to be key to any potential success of this team. 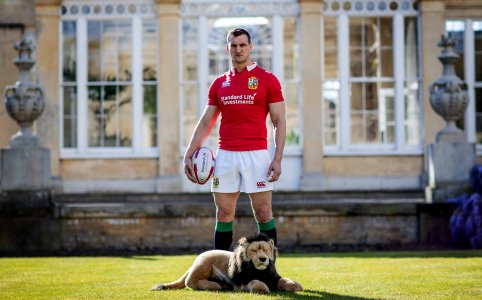 But that sizable forward pack isn’t enough to beat the World’s number one team on their own. And there has to be questions asked of Gatty’s choice of backs.

With halfbacks of world-class calibre and front-foot ball, the control of this Lions team will never be in doubt.

However, capitalizing on the All Black’s potential defensive fragilities has been made more difficult by a rather uninspiring selection of personnel both in the centre and out wide.

The centres have been stocked with Elliot Daly, Robbie Henshaw, Ben Te’o, Jonathan Davies, Jared Payne and Jonathan Joseph. However, while Joseph and Daly will bring pace and dynamism to the backline, it must be noted that the choice of Ben Te’o as opposed to Scott Williams and indeed the selection of Jared Payne over Garry Ringrose, would suggest that Gatland and co plan to go through New Zealand, rather than around them.

Could this philosophy therefore see a physical pairing of Henshaw and Davies or perhaps an uber organized partnership of Te’o and Payne? Steve Hansen wouldn’t exactly be sweating about facing a Leinster flop and a man who was let go by his country’s national system at the peak of his powers – that’s for sure.

These for me are the selection choices that put a cap on the excitement of the series.

On the overall, Gatland has put together a band of fighters who won’t take a step backwards, but is there enough talent there to cause an upset? I for one would be highly doubtful.

The potential shortfallings of creativity, energy and spark have been put up in the air, and it’s a shame, because with a different choice of player this could have so easily been a summer of excitement rather than hope.