Three tries from star men Ronan Quinn, Andrew Hogan and Mark Fleming accompanied by fifteen points from the boot of outhalf Ben Healy has sent Glenstal into their second consecutive and only third ever Munster Senior Schools Cup Final. 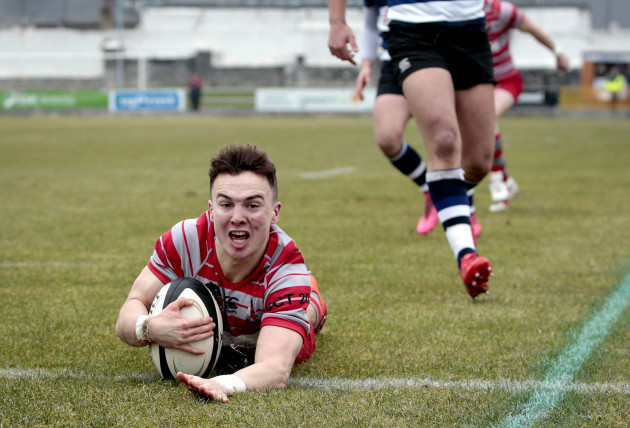 The rescheduled fixture kicked off at 2pm and only 3 minutes in an early Healy penalty put Glenstal on the front foot. Glenstal pushed on from that and with only five minutes on the clock, winger Ronan Quinn dived over for Glenstal. His outhalf converted to make it 10-0.

Just two minutes later Conor Phillips broke the Glenstal line and his offload to flanker Jack Madden saw Crescent over for their first try. Glenstal however, responded almost immediately when Andrew Hogan read Jack Delaney’s pass and intercepted for a forty metre dash for the line. Healy again added the conversion, bringing the scores to 17-7 and a further penalty from the Man Of The Match saw Glenstal head into the break with a demanding thirteen point lead.

Crescent replied with real purpose and dominated for the first ten minutes of the second half, but unfortunately for the Dooradoyle men they came away from that period of play with just three points to show for it courtesy of a John Hurley penalty.

It was Glenstal’s kicker Ben Healy that grabbed the headlines however and the captain ensured it would be his side’s day with a monstrous forty yard dropgoal. With momentum firmly on their side, last year’s finalists pushed on further in the closing exchanges as a Mark Fleming try well and truly wrapped things up . Healy, needless to say, converted with aplomb to make the final score Glenstal 30-10 Crescent.

The Tignes Rugby Academy is the best residential rugby academy around and takes place from 7 to 28 July 2018. Join the best and most ambitious 10-18 year old male and female players from across Europe for the high performance rugby development experience of a lifetime. Munster Haka readers get a special discount of up to 10% off by using code ‘MUNSTERHAKA18’ – see www.psaacademies.com/munster-haka for more details.